Early and absentee voting are underway for the August 2 primary!

In Warren County, this primary is for state legislative races only… and we’ve got a contested primary in House District 56 between two great Democrats, Joy Bennett and Sam Cao!

Here’s some information you can share about the election with your friends and neighbors:

As a reminder, the reason we have an extra primary this year is because the Republicans on the Ohio Redistricting Commission intentionally ran out the clock on passing constitutional state legislative maps, only to get bailed out by a Trump-appointed federal judge who imposed one of their unconstitutional gerrymandered maps on the state’s voters for the 2022 election.

This special election is costing Ohio taxpayers $25 million. So if your friends and neighbors complain about yet another election, remind them that like so many of the other problems that plague our state, it’s the Republicans’ fault. 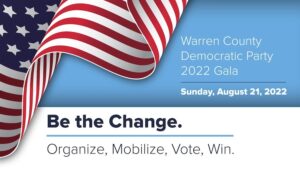